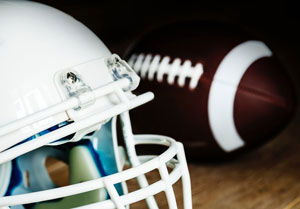 In recent years, neuroscientists were able to prove what many of us already suspected: repeated brain trauma from football had lifelong consequences for players. While there has been a great deal of news coverage concerning the NFL lawsuits, in South Carolina and across our country, more ex-college and high school players are beginning to show signs of chronic traumatic encephalopathy (CTE). As perhaps the only lawyer in Columbia who is a member of a national group dedicated to traumatic brain injury litigation, I have a deep interest in the scientific advances that are paving the way for players to obtain justice.

Our brains are not made to experience physical damage. However, when someone receives a direct blow to the head or undergoes "brain whiplash" from rapid acceleration-deceleration, the brain gets bruised. The common term for this is "concussion." Boxers such as Muhammad Ali have sadly exhibited the ill-effects of repeated blows to the head. More recently, we have seen similar examples with ex-football players. Additionally, the media began reporting stories of former NFL stars suffering from ALS, better known as Lou Gehrig's Disease. Scientists studying the brains of deceased football players then came upon a startling revelation: many of the players with dementia-like symptoms or ALS, along with those who suffered from depression or went on to take their own lives, had CTE. Unfortunately, CTE cannot yet be tested while someone is living, but the evidence supporting a correlation between football, concussions, and brain disease is undeniable.

While everyone recognizes that football is an inherently dangerous sport, many of the lawsuits that have been filed against leagues of all levels, as well as helmet manufacturers, allege that vital information concerning the danger of concussions was kept from players. In other words, we now believe that organizations including the NFL and NCAA misled players when it came to the full extent of health risks football posed. Teams could have long ago instituted proper concussion protocols, helmet manufacturers could have disclosed the actual degree of force players' heads were absorbing, and many lives could have been improved or saved. Because various leagues, teams, and businesses put profits ahead of safety, they are now being called to account for their reckless greed in a court of law.

If you or a family member experienced multiple concussions from playing football in South Carolina - or anywhere in the country - you deserve answers. My legal practice focuses on helping people with brain injuries, and I have dedicated my professional life to seeking justice on their behalf. To receive a free consultation, call my Columbia office today at 803-790-2800. You do not have to go through this struggle alone.