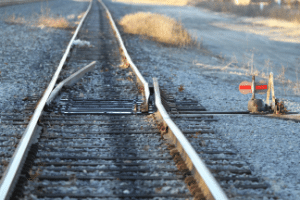 In 2005, a train wreck in Graniteville, SC resulted in nine deaths and hundreds of injuries when toxic chlorine filled the air. A little more than 13 years later, on February 4, 2018, an Amtrak passenger train went down the wrong path colliding with a CSX freight train. More than 100 injuries, along with 2 deaths, have been reported.

Though no one can undo the harm from a train accident, selecting the right lawyer can help victims obtain justice, while also ensuring that all negligent entities are held fully accountable. My name is Kenneth Berger, and I am a South Carolina attorney who focuses 100% of my practice on serving clients who have suffered harm at the hands of reckless companies and individuals. When it comes to train accidents, there are often multiple causes and defendants. Put simply, private companies, their employees, and different government agencies may have all made terrible missteps that resulted in the wreck.

In the case of the February 2018 Amtrak accident, early reports appear to be placing blame on CSX, as well as the passenger train giant. Due to the complexity of these cases, it is important to have a lawyer who can utilize investigators and other experts to help determine how the accident occurred, and who is at fault.

As demonstrated by a number of derailments in recent years, speed is often a contributing factor to train crashes. That begs the question of why the conductors are choosing to operate the trains at unsafe speeds. The answer is often that the companies they work for want the trains to run as quickly as possible so they can make as many trips as possible - and in turn, maximize profits. The problem is when profit-seeking comes at the expense of passenger and public safety. This involves not only speed, but also companies taking short-cuts when it comes to training, supervision, and equipment maintenance.

Improper maintenance of the tracks is another common cause of train accidents. There may be broken tracks or switches that result in trains derailing. The current investigation into the Amtrak-CSX collision near Lexington, South Carolina is focused on why a track switch was engaged, diverting the passenger train onto a deadly collision course.

The law requires negligent companies and government agencies to pay for every loss they cause. In cases involving train wrecks, South Carolina law allows injured people to recover for past and future damages, including:

We are supposed to put every way in which you have been harmed on one side of the scale, then determine how much money should be paid to make it even. In other words, how much money represents a fair deal? How much money would Amtrak, CSX, or any other negligent defendant need to pay for an injured person to say it's fair? If it sounds like a large number, it is.

No one riding a train in South Carolina or any other part of the country asked to have their health and life threatened when they bought a ticket. They trusted that the companies operating the trains and tracks would do their job. When that trust is violated and a preventable accident occurs, the responsible parties must be brought to justice. They must pay in full for the harm they cause.

Finding A Lawyer To Hold The Train Companies Accountable

When companies do not learn their lesson, they will repeat their mistake. In the case of Amtrak or CSX, that means more crashes, more injuries, and more deaths unless something changes. Congress has been slow to act - and actually provides Amtrak with financial backing - so the responsibility falls on lawyers' shoulders.

I am one of those lawyers, and I promise to do everything in my power to secure full justice for those impacted by the crash. If you or a family member have any questions about the recent South Carolina accident, I encourage you to contact my law firm. We will work tirelessly to investigate why the February 4, 2018 collision occurred, why more innocent people had to suffer, and what can be done to prevent future accidents. Contact us right now by calling us today at (803) 790-2800 or start a chat with us.

We look forward to being of service, and to doing our part to restore safety on our railways.

Written by: Brent Adams
For: Law Office of Kenneth E. Berger
5 / 5 stars
Overall rating: ★★★★★
Kenneth Berger is known among other trial lawyers throughout the country as a highly skilled trial lawyer. He has successfully handled many personal injury cases on behalf of clients who suffered catastrophic injuries. Mr. Berger works very hard for his clients and leaves no stone unturned when he prosecutes a claim on behalf of his clients. He is particularly well versed in handling brain injury cases and takes great pride in the results he has achieved for clients in these very difficult cases. We know that he provides dedicated custom service to all of his clients.
Brent Adams