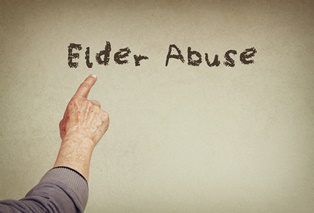 South Carolina has an aging population. Our state is also home to a number of senior care facilities in light of the number of retirees who come to enjoy our weather. As people grow older, it becomes increasingly likely that they will need to rely on the help of others to make it through the day. We place a great deal of trust in the caregivers and staff at nursing homes and other residential facilities. Along with trust, they are receiving money to take care of our loved ones. Sometimes, however, caregivers fail in their duty for any number of reasons. The elderly population is particularly vulnerable to abuse, often due to mental impairment caused by aging or disease processes such as Alzheimer’s or dementia.

Here’s what you need to know about the different kinds of elder abuse, and what you can do to prevent or stop it.

Unfortunately, abuse of our seniors is more common than you might expect. One 2015 study in the New England Journal of Medicine found that as much as 10 percent of the elderly population experienced some form of abuse. Here are the most common types, and what to look out for:

Seniors are also subject to neglect, which happens when an elderly person simply isn’t cared for appropriately. It may include a failure to provide medication or medical care, food, water, personal hygiene assistance, or even personal safety. Neglect may be purposeful, or it may happen unintentionally, such as when a nursing home is understaffed. Either way, there’s simply no excuse for elder neglect. Nursing homes and caregivers have a duty to their patients, and when that duty is breached, they must be held accountable, plain and simple.

If you suspect elder abuse is happening to someone you love, it’s imperative that you seek help right away. An experienced attorney with knowledge of nursing home and elder law can connect you with the appropriate authorities in South Carolina. An attorney can also evaluate your case for a potential civil suit, so that you can hold the at-fault parties financially responsible.

To connect with a South Carolina nursing home abuse attorney today, please call by phone, click the live chat, or use the contact form link to reach the Law Office of Kenneth E. Berger. We serve clients in the Columbia, Florence, and Myrtle Beach areas, as well as across the entire state of South Carolina. We look forward to hearing from you, and in turn, doing our part to help protect seniors and make our state safer for vulnerable people.