Playground Injuries: What Every South Carolina Family Should Know

From 2001-2008, more than 200,000 children received emergency care due to playground injuries. South Carolina families are not immune from these accidents and the harm they cause.

Why Children Get Hurt on Playgrounds 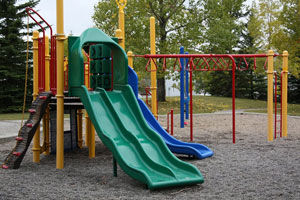 So how and why are children getting hurt on playgrounds? In many instances, it is simply from “kids being kids.” Nonetheless, unsafe playground equipment is the reason behind a large number of injuries. In 2009, the Consumer Product Safety Commission (CPSC) reported that more than 2/3s of the emergency incidents noted above involved equipment failures or falls. Likewise, 40 deaths occurred between 2001 and 2008 in relation to playground equipment. The majority of those fatalities were caused by hanging or some other type of asphyxiation. For instance, I previously represented a little boy who nearly lost his life when he was hanged by a jump rope on a playground slide in Lancaster, SC.

The pieces of equipment that are most often associated with playground accidents include climbers, swings, and slides. Common injuries include fractures, cuts, and concussions. When it comes to injuries on public playgrounds, climbing equipment is the most common variable. Accidents on home equipment involve falls more than 80% of the time. And though boys get hurt more than girls, the numbers are not as skewed as many believe, with girls getting hurt approximately 45% of the time.

What Can I do About My Child's Playground Injury in South Carolina?

In light of these statistics, the National Program for Playground Safety recommends that:

As an attorney who helps injured children and their families, I will add that all strangulation hazards (exp. ropes, hooded sweatshirts) be removed from your child’s play area. Though many playground accidents are unavoidable and unforeseeable, I wrote this article to do my part to make South Carolina, its schools, and its playgrounds, a little safer for our young people. If you have any questions about a playground injury, I am here to help. Call me today at (803) 790-2800 for a free consultation, or you can start a live chat with us right now.