Every year, millions of visitors come to Myrtle Beach to spend some time on the beautiful Atlantic coast and soak up the sun. The hospitality is unrivaled, the night life is thrilling, and the sandy beaches where surf and turf collide are especially gorgeous. The ocean isn’t without its perils, though. Drowning and near-drowning due to beach accidents are very real dangers that you need to be aware of so that you can have the best and safest visit possible.

When in the water, it can be very dangerous when too many people congregate in one area, especially if there are a mix of activities going on. Users of 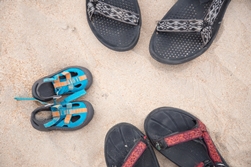 speed boats, jet skis, kayaks, surfers, banana boats, or other water crafts should all steer clear of each other and swimmers as much as possible. A collision in the water can turn deadly fast—especially if a head or spinal injury is involved.

Strong currents, waves, or heavy wakes can cause people to suddenly and violently slam into one another, boats, or other floating structures, especially if someone is already acting negligently or recklessly. If you see somebody acting carelessly, be sure to give him or her a wide berth in the water. Make sure that you always have a swim buddy, too, and make sure you keep track of where each of you are.

The risk of drowning is a major concern near the water. But near-drowning, when one is pulled from the brink of death before succumbing to asphyxiation by water, carries the hidden perils of “dry drowning” or “secondary drowning” hours later, too.

Dry drowning results from a spasm of the vocal cords, and may happen shortly after being pulled from the water. The throat is reacting erroneously to the water exposure in dry drowning, clamping shut to prevent breathing in water, even though the person has already been rescued.

Secondary drowning can occur hours later, and also results in difficulty breathing, caused by inhaled water building up in the lungs, causing pulmonary edema (excess fluid buildup.) Both conditions can make breathing impossible and are emergency situations. The symptoms of both dry and secondary drowning are identical:

For the safety and protection of residents and visitors, the Myrtle Beach Police Department maintains a special division, called the Beach Patrol Division. These brave officers are trained lifeguards and first responders, and are responsible for public safety on the beach shorelines within the city limits of Myrtle Beach. The city of Myrtle Beach also contracts with private lifeguard companies to provide guards for the beaches; Beach Patrol and private lifeguards work together to keep you safe and act swiftly in case of an emergency. If you’re in danger or you think you see someone who is, locate a lifeguard stand or flag down a Beach Patrol officer immediately.

While you’re on vacation in Myrtle Beach, have a great time, and do your best to be safe and aware of your environment both in and out of the water. All it takes is one person being careless, reckless, or negligent and your life can be changed forever.

If you’re injured or someone you love is killed in an accident at a beach, and you believe that someone else may be to blame, you should talk to a personal injury lawyer as soon as possible. An experienced attorney will be able to answer your questions, direct a proper investigation, and seek to hold the negligent party responsible for the damage they have caused.

For guidance regarding a Myrtle Beach accident, call the Law Office of Kenneth Berger at 843-427-2800. You do not have to take on the insurance companies and the negligent parties they insure by yourself.