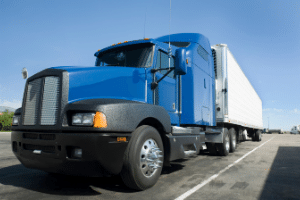 Trucking has recently been facing a major problem. Shipping demands are high, and in many ways, business is booming. But the industry has labor woes that reflect a growing disconnect between workers and management.

The truck driver shortage of around 40,000 drivers could increase to 170,000 drivers in the next decade. For those familiar with changes in the trucking industry over the past three decades, this shortage isn’t particularly surprising. The narrative offered by industry leaders is a blameless one, at least on their part. They point the finger at regulations and heavy-handed government oversight, but the truth is that they have failed to take care of their workers. That shortcoming could continue to have a major impact on both truck drivers and other motorists.

Truck drivers experience incredibly high turnover rates, around 100 percent. The job is difficult. It includes long hours, long periods spent away from home and, increasingly, fewer benefits than truck drivers used to enjoy. Many truckers are classified as “independent contractors,” a classification that generally means bearing more of the financial burdens like healthcare, downtime and insurance in the event of a truck crash.

The job is also a very dangerous one. Truckers made up roughly one-quarter of all worker fatalities in the United States in 2015. Fatalities among truck drivers have increased more than 11 percent in the past five years. Due to the nature of the job, truckers also experience high rates of obesity, diabetes and heart problems. It’s no wonder that workers aren’t flocking to join the ranks of beleaguered truckers, but these are only some of the challenges facing truck drivers.

The Industry is Not Taking Care of Truck Drivers

A labor shortage makes sense when you consider the average pay for truck drivers has dropped considerably over the last 30 to 40 years. If pay rates had held firm since 1980, today’s truck driver would be salaried and making around $110,000 annually. Instead, the rate is increasingly not salaried and offers an annual income of $40,000.

Carriers have convinced many truck drivers to work as independent contractors, only to later leave them with the realization that they are not only receiving less pay, they are shouldering more costs and more risks than they would be as employees. Carriers have fundamentally changed the way they treat employees, or “contractors” as they call them, turning a once reliable source of income into a grueling job fraught with burnout and health risks.

Laws limit the amount of time a driver can spend behind the wheel to 60 hours per week, but it is common for drivers to exceed that limit, simply because they are paid by the mile. Covering more distance in shorter times provides incentives for truck drivers to maximize their time on the roads, often at the expense of their own safety and the safety of others.

These Problems Impact All Motorists

Operating a big rig requires much skill. Trucks can weigh up to 80,000 pounds and can be difficult to drive. The job is much more physically demanding than most people realize. The fact that drivers now do their jobs for longer periods means that fatigue has become a significant problem in the trucking industry. The high turnover rate also means that workers are less experienced. That’s important because less experienced drivers are more likely to be involved in crashes.

The labor shortage in the trucking industry stems from a major shift in the ways truck drivers are paid. Carriers’ problems are largely self-inflicted, and they have not done enough to make the job more enticing for a new generation of workers. Their shortcomings have hurt drivers and put everyone on the road in greater danger. Some safety advocates are waiting for automation to come to the rescue. Self-driving trucks might be inevitable, but they are not here yet. In the meantime, the industry must come to terms with the way they treat workers, or they will continue to suffer the consequences of their current approach to truck drivers.

Bert Louthian, the author of this blog, is a great friend and fantastic personal injury attorney in Columbia, South Carolina.

If you or someone you love has been hurt in a truck accident, you need to reach out to a South Carolina truck accident lawyer. Contact the Law Office of Kenneth E. Berger today. Our experienced legal team understands that you are hurting both physically and financially after your accident, and we want to help you and your family get the justice that you deserve so that you can focus on the healing process. Call us today at 803-790-2800 (Columbia, SC) / 843-427-2800 (Myrtle Beach, SC), or start a live chat 24/7 with a real, live person to arrange a free and confidential consultation.