Whose Side Is the Workers' Comp Doctor On In SC? Hopefully, No One's

A Workers' Comp Doctor's Responsibility is to the Patient 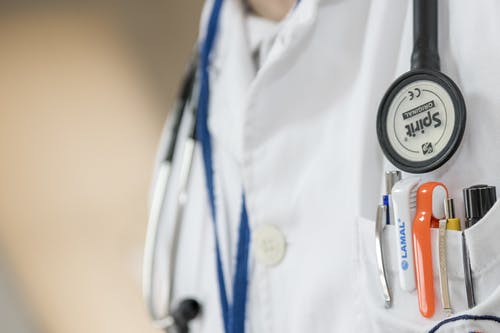 In South Carolina, and throughout the country, doctors take an oath to keep patients from harm. A doctor's primary responsibility is to the health, safety, and wellbeing of the patient. That duty applies equally to workers' compensation patients. Even though a workers' comp insurance company is paying the bill, and even though a substantial portion of the doctors' practice might come from treating a specific company's employees (i.e. a significant portion of their income comes from the insurance company), a doctor must never lose sight that his obligation is to the patient.

Insurance companies are allowed to pick an injured worker's doctor, in part because the insurance company is paying the bill. This allowance should not matter, as all doctors should rely on training, medical research, and facts to treat patients. Unfortunately, this does not appear to be the case. While some doctors are "patient friendly," many appear to favor the corporations that pay them.

If you want to know whose side your doctor is on, share with him your concern. Let him know that you never wanted to get hurt at work, that all you want to do is get well, and that if you could, you would have your own health insurance company pay for treatment rather than be at the mercy of workers' comp.

Likewise, if you have questions about the doctor's reputation with regard to treating workers' compensation patients fairly, I will never be derogatory, but I will share with you my experiences. As someone who comes from a family of doctors, I have the upmost respect for the profession and the good it can do. However, it is my job to make sure high standards are not only upheld, but applied equally to all patients - including injured workers. You can contact me by calling our injury firm at (803) 790-2800 or by using the live chat feature below.