Road Rage Leads to a Head-On Collision in Richland County 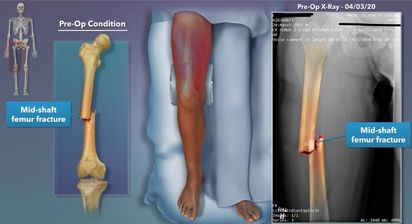 In the early morning of April 3, 2020, Mr. D was driving east on Garners Ferry Road (US-76) in Richland County on his way to work in a vehicle owned by his employer.  Ms. H. was driving west on Garners Ferry Road, going the opposite direction.  Ms. H, who was traveling with her teenage son, didn’t like that a woman, Jane Doe, was allegedly speeding and weaving in and out of traffic.  Instead of trying to avoid the other vehicle, Ms. H taunted Jane Doe and wove in and out of traffic with her.  This episode of road rage lasted for more than15 minutes and resulted in Jane Doe hitting Ms. H’s vehicle, causing her to spin out, cross the median into oncoming traffic, and hit Mr. D. head-on. Jane Doe fled the scene of the accident.

Mr. D’s vehicle was crushed.  He looked down and saw that his leg was laying horizontally on the floorboard of the vehicle - it was broken in half. Mr. D. called his wife and told her that he doesn’t think he is going to make it.

Lifelong Injuries Caused by the Wreck 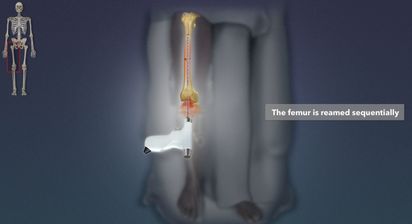 In the next year, Mr. D. endured two major surgeries and countless sessions of rehabilitation, and he missed months of work. Mr. D’s leg and knee were permanently impaired, and he will suffer from post-traumatic arthritis for his entire life.  Ms. H’s recklessness also robbed Mr. D of precious time that he would have spent hunting and fishing with his grandfather, playing with his many nieces and nephews, and supporting his large and loving family - time he will never get back. 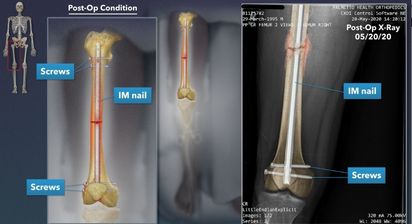 The at fault driver only had a minimum limits insurance policy of $25,000 – not near enough to cover Mr. D’s damages. Fortunately, our legal team was able to locate a witness that observed the entire road rage episode that led to the accident. His testimony allowed us to sue Jane Doe in addition to Ms. H. Since Mr. D was on the clock at the time of the wreck, we were able to file an injury claim against his employer’s corporate uninsured (UM) policy and underinsured (UIM) policy.

During negotiations, we presented the adjusters with High Impact imaging to help them understand the severity of Mr. D's injuries and the lasting impact it will have on his life.

After litigating for more than a year, we reached a settlement that greatly exceeded the initial policy limits we thought available. By searching for additional avenues for recovery, we are happy to say Mr. D and his family now have the resources they need to cover any treatment he may need in the days and years to come.

Contact Our Firm to See How We Can Help You

Road rage and reckless drivers are dangerous and have caused serious injuries and death in car accidents in Columbia and throughout South Carolina. We are here to provide guidance and help ensure all responsible parties are held responsible for the harm they cause. If you have been injured in an accident with a reckless driver, contact our office to schedule a free consultation at (803) 790-2800 in Columbia, SC or (843) 427-2800 in Myrtle Beach, SC. 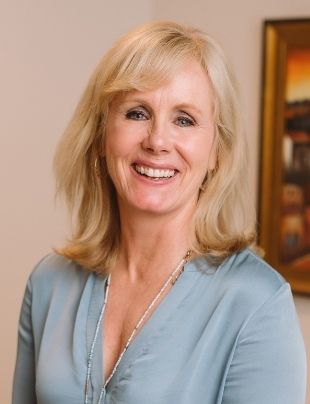