Can I Sue the Insurance Company for Bad Faith in South Carolina? 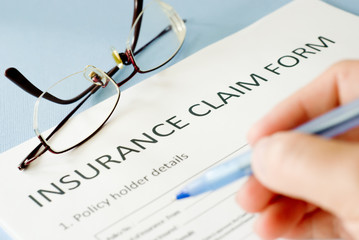 Yes, so long as certain elements are met, insurance companies can absolutely be sued and held accountable for their wrongdoing. Remember, all insurance policies are contracts. The insurer promises to pay money in the event of an accident, and in return, the insured pays a premium. In South Carolina, the law says there is an implied covenant of good faith and fair dealing in every contract. When that covenant is violated, it is considered bad faith, and opens insurance carriers up to lawsuits.

For People With a Claim Against Their Own Insurance Company

Who can bring such a suit? The first example would be the individual or entity with the insurance contract. For instance, if you needed to undergo a medical procedure or you were suppose to receive long term disability benefits at work or your property was damaged in the 2015 flood in Columbia, and the insurance company refused to fully and timely fulfill its obligations under your contract with them, it could be considered bad faith. If that were to happen, you could potentially take legal action against them to not only obtain the benefits you were paying for by way of your premium, but additional damages related to the consequences of their wrongdoing.

For People With a Claim Against Another Person/Business' Insurance Company

The next example of who may pursue a bad faith action in South Carolina is a little more complicated, but I'll explain. So let's say you were involved in a car accident and your medical bills are $25,000.00, you missed 3 weeks of work, you're still having significant back pain, and the person who ran into you has admitted fault. In that scenario, you would have a claim against the at-fault driver's insurance company. But let's say instead of acting reasonably, the liability insurance carrier only offers you $10,000.00. They claim that after reviewing your medical history, it appears that you had degenerative disc problems, and they do not believe your current issues were caused by the wreck (despite the fact that you had not had any back issues in years, were working everyday, and going to the gym 4 times a week). It sounds absurd, but this kind of thing happens everyday. What can you do?

The bad news is South Carolina law does not allow you to sue another person's insurance company. The good news is there is a way around it. So what you have to do is first get a verdict against the insured, at-fault party, that is in excess of the insurance policy limits. Next, you would get the at-fault party to assign you his rights against the insurance company in return for not going after his assets. For example, if the negligent driver who hurt you only has $50,000.00 in insurance and you obtain a $350,000.00 verdict against him after his insurance carrier acted unreasonably or in bad faith by not settling the case sooner, you would give the defendant the option of either paying you the $300,000.00 difference, or assigning you his rights to go after the insurance company.

Hold Them Accountable For Their Bad Faith

To summarize, insurance carriers must put the people and entities they insure first. They must act in good faith, and deal fairly. When they do not, either with their insured or someone their insured hurt, legal action may be taken. However, unlike more basic claims, bad faith lawsuits - and often times the verdicts that are first required - will almost certainly take a lawyer who understands this highly nuanced area of law. If you have questions about an insurance claim, accident case, or any aspect of South Carolina's bad faith laws, simply call me at 803-790-2800 or request free copies of my books.

Insurance companies promise to protect people. My job is to make sure that promise is kept, and hold them accountable when it is broken.