What Happens After a South Carolina Personal Injury Lawsuit is Filed?

If the at-fault party’s insurance company refuses to fairly compensate you for all your losses, we may have to file a lawsuit. As a lawyer, I file a number of lawsuits every year. I wish this were not the case. It would be much easier if insurance companies simply offered fair settlements based on the harm you incurred. I would rather see personal injury clients receive money with less fight, but often times a lawsuit is the only avenue to justice in South Carolina.

Filing a Lawsuit in South Carolina: The "Complaint" 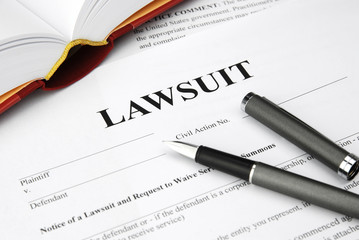 A lawsuit begins when we file a “Complaint.” The Complaint contains facts about how you were injured, why the other party is at-fault, and what injuries you have sustained due to their wrongdoing. The at-fault party’s insurance company will hire a lawyer to defend the case after they receive the Complaint. Their lawyer will most likely file an “Answer” to the Complaint. The Answer usually denies all wrongdoing, and sometimes blames you for the accident.

The next phase of litigation is known as “discovery.” It involves exactly what the word implies. We discover what evidence they intend to use at trial, and what explanations they offer as to the cause of the accident. Discovery includes written questions known as “interrogatories,” demands that all evidence be produced called “requests for production,” and official court proceedings called “depositions.” This last term is probably familiar to you.

The Deposition: What Happens Here?

Depositions do not have to be scary. Preparation is the key. When I “depose” the at-fault party or one of their witnesses in a personal injury case, I ask lots of questions about safety rules, the importance of those rules, and the reasons those rules were violated. All answers are given under oath exactly like court testimony. These answers are also recorded by a court reporter, and may later be used to cross-examine the witness.

Once depositions have been taken, the next step in South Carolina is usually “mediation.” This is when my client and I meet with the insurance adjuster and their attorney to determine whether a fair settlement can be reached. A third attorney, known as a “mediator,” listens to both sides’ version of facts. We are then split in two rooms, and the mediator goes back and forth to help achieve a settlement. For instance, when mediation begins our latest demand may be $300,000.00. The most recent offer from the insurance company may only be $10,000.00. However, at the end of mediation, we might have settled the case for somewhere between those two figures. The mediator’s job is to resolve the dispute by showing both sides how much there is to lose at trial. We may have a case that could result in a verdict for the defense. The same case might, however, result in a large verdict for my client. Because both sides have so much to lose given the uncertainty of trial and the unpredictable nature of juries, a settlement could be best. If mediation fails, we further prepare for trial.

In sum, after most personal injury lawsuits are filed, an answer will be given, discovery will be performed, mediation may be held, and a trial could take place. As I stated, it would be far simpler for the insurance company to pay you what your case is worth at the outset, but many times justice cannot be achieved without a fight. My job as a South Carolina personal injury attorney is to maximize the value of your case and earn the best possible result no matter how great the fight.

To learn more, request free copies of books I wrote specifically for South Carolina accident victims and their families. You can also call my Columbia office at 803-790-2800  or start a live chat at anytime to schedule a free consultation.