Suffering a Brain Injury After a South Carolina Wreck 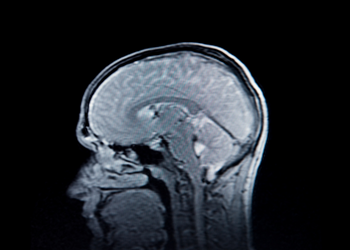 In January 2019, a medical doctor ran into the back of another very nice lady named Ms. Lewis. There was no punitive aspect, no evidence of texting or excessive speed. It was exactly the thing insurance is there for, our South Carolina TBI lawyer explains, or at least it should have been.

Roughly 10 years before this accident, Ms. Lewis suffered a brain injury playing softball. The injury caused debilitating headaches and forced Ms. Lewis to undergo a procedure whereby a neurostimulator was implanted. The good news is the procedure worked, and Ms. Lewis’ headaches were well-controlled.

That changed when she got hit from behind. Almost immediately, Ms. Lewis felt the old, throbbing sensation pulsating through her head. An MRI showed one of the “leads” on her neurostimulator had been broken. Ms. Lewis was forced to schedule another brain surgery.

Around this time, we sent the insurance company a letter outlining the facts, along with supporting documentation and a time-sensitive demand for the $100,000 liability limits policy. They offered $46,786. That didn’t make any sense given that Ms. Lewis was going to have more than $100,000 in medical bills alone, not to mention her other damages. We pride ourselves on being aggressive but fair, so we further explained the costs associated with the re-implantation of the occipital/ nerve stimulating device and gave the insurance carrier a second chance to simply pay the policy limits and protect their insured.

Needless to say, they refused. It wasn’t until after we filed suit, received the policy limits from the “underinsured” carrier, and forced the liability company to inform its own policyholder that she was facing financial ruin if a settlement could not be reached, that anything really happened. Only then did the liability insurer bring on a top-notch defense lawyer to try and fix the mess it had created.

In the end, the liability insurer paid $400,000 on a policy one-fourth that size. We were also able to obtain $125,000 in “underinsured” coverage and provide a very deserving client financial security in uncertain times. This insurance company in particular gets it right almost all the time, but when they get it wrong, the law requires they pay.