Punitive Damages in South Carolina: What You Need to Know

South Carolina law allows punitive damages to be awarded when we prove by clear and convincing evidence that the at-fault party was reckless or willful in causing harm. What does that mean in plain English as our South Carolina personal injury lawyer explains? That the defendant knew their actions could cause personal injury or death, yet chose to do in anyway; that they were indifferent to the life or safety of other human beings when they undertook the act that resulted in harm.

What Types of Cases Allow Someone to Recover Punitive Damages in South Carolina?

A common example of a claim or lawsuit for which a punitive award may be given is a drunk driving case. If the driver chose to get intoxicated then get behind the wheel of a car, he would clearly be putting other people on the road with him at great risk. His actions would be reckless, and he would liable for punitive damages in South Carolina. Additionally, if a bar or restaurant got him drunk and then permitted him to leave without offering any assistance in getting home, the bar might also be liable.

Other examples of reckless or willful conduct by a defendant that shows a clear disregard for others' safety would include:

Are Punitive Damages the Same As Money for Pain and Suffering?

No, this is a common misconception, but I can explain. South Carolina's personal injury laws allow someone to recover both actual and punitive damages. Compensation for actual damages is based on items such as medical bills and lost income, in addition to a human being's pain and suffering. The purpose of actual damages is to fully and fairly reimburse a victim for the damage caused to their life.

A punitive award is separate and apart from actual damages. Instead of looking solely at the harm you or your family endured punitive damages factor in how much the defendant should be punished monetarily for its recklessness. Furthermore, punitive damages are meant to discourage other people or companies from gambling with the public’s safety in the future by making an example out of the wrongdoer. For instance, if a South Carolina jury returned a large punitive figure in its verdict against one trucking company for altering records or destroying evidence, other trucking companies would be put on notice that it did not pay to cheat.

When it comes to the amount of punitive damages in a personal injury or wrongful death suit, South Carolina courts look at a number of factors. Some of those considerations include:

While these factors may lead jurors to conclude that a very, very large number is necessary to prevent this defendant from further endangering the public in the future, there are caps on punitive damages in certain instances. Some years ago, South Carolina's lawmakers decided that in a majority of cases, the punitive award could not be greater than three times the amount of money given for actual damages. However, in cases where the defendant's actions were motivated by money, the cap increases to four times actual damages. And in cases involving alcohol use, drugs, or crime, there is no limitation on punitive damages in South Carolina.

Can I Recover Punitive Damages Without Filing a Lawsuit?

Yes and no is the answer. Insurance companies and corporate defendants are often wise enough to know when they have "punitive exposure." In other words, they recognize that a jury may come back with a large punitive verdict if the defendant's conduct was bad enough. In such cases, they generally want to settle the claim without it ever going to court. A lawsuit may still be necessary to fully uncover the depths of the defendant's reckless indifference to our safety, but the likelihood of a jury trial is low. This fact benefits victims and their families because unlike a jury award of punitive damages, settlements are rarely taxable.

If you are reading this article, chances are you find yourself in a predicament you would have never chosen. No one wants to get hurt at the hands of another, or lose a family member because of someone else's reckless choices. Yet it happens every day in South Carolina. When we bring personal injury and wrongful death claims on behalf of victims, the goal is not only money but the safety of our community. I am tired of seeing lives altered or destroyed by people with no concern for the rights of others.

Punitive damages are the law's attempt to punish and deter so that unsafe individuals and companies once and for all learn that there is no benefit in exposing others to danger. We are here to provide free information, educate the public, and ensure justice is served. For answers, including whether you have a valid claim for punitive damages under South Carolina law, begin a live chat with one of our online assistants, our offices are conveniently located in Columbia and Myrtle Beach, and we have been proudly servicing clients throughout the surrounding areas. Contact us online today or call us at 803-790-2800 (Columbia, SC) / 843-427-2800 (Myrtle Beach, SC).n. 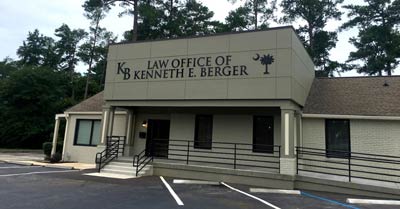 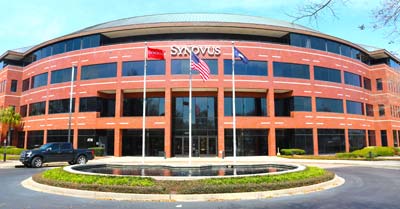