What are punitive damages and how are they determined?

In any personal injury lawsuit in civil court, there are three types of potential damage awards available. Economic damages are compensation for the actual costs related to the accident and are relatively easy to quantify by adding up the costs of bills and other expenses. Non-economic damages are compensation for other losses, such as pain and suffering and 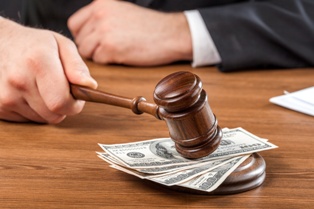 other less-easily defined losses. Together, these are called compensatory damages.

The third type of damage award is for punitive damages. It is a topic that deserves discussion apart from the other types of damages due to the special circumstances required to be awarded this type of compensation, especially when it comes to punitive damages in a DUI case.

Punitive damages are so-named because they are intended to not only punish the perpetrator financially for their bad actions, but also to provide an example to society as a whole to discourage similar behavior in others in the future. Punitive damages are not intended as the primary means of compensation, though they are a financial award; instead, they are an additional amount that goes to the victim on top of any compensatory damages already awarded.

South Carolina caps punitive damage awards at either $500,000 or three times the total amount of compensatory damages, whichever is greater. However, three notable exceptions to this cap occur when:

An Injury Lawyer Can Help You Seek Punitive Damages

Making a case for punitive damages is a complex legal process, and a successful claim can be nearly impossible without the assistance of an attorney who is well-versed in this special area of civil case law. Seeking help from an experienced personal injury attorney can ensure that your legal rights are protected and help you maximize your potential compensation after an accident.

The attorneys at the Law Office of Kenneth E. Berger are here to represent victims of DUI crashes and their families, providing legal support and service when you need it most. To speak with one of our experienced legal professionals about your accident situation, please call us by phone at 803-790-2800 or click the live chat box on this page right now and arrange a free consultation today.