On May 19, 2019, Mr. B was visiting Myrtle Beach for Bike Week when a police officer pulled out in front of him causing Mr. B to hit the back of the police vehicle and land in the grassy median of the roadway. There was a paved portion of the median where the officer should have stopped before attempting his left-hand turn. Instead, he rolled through the median and turned immediately into the lane in front of Mr. B. The officer later claimed he did not see the motorcycle coming and refused to accept full responsibility for causing the collision. Fortunately, we were able to secure dashcam footage from inside the patrol car which provided evidence of the leadup to the crash that was difficult to dispute.

Mr. B was taken by EMS to the local hospital where he was treated for numerous superficial wounds and, most significantly, a shoulder injury. Upon returning to his home state, Mr. B sought further orthopedic treatment and learned that his shoulder had a massive rotator cuff tear. The tear was, in fact, so large that Mr. B had trouble finding a surgeon who would fix it but eventually found a doctor who was willing to take it on. After months of physical therapy, Mr. B's shoulder healed, but it was never the same.

Dealing with the Insurance Company After a Motorcycle Crash

Mr. B was basically being ignored by the police officer’s insurance provider, who would not even pay for the damage to his motorcycle. The insurance company even attempted to blame Mr. B for the collision.

The insurance carriers for government entities are notoriously difficult to work with because their liability and damages are governed by statute and there is a statutory limit to the damages they are responsible for covering. After more than a year of litigating Mr. B's case, along with his passenger’s case, we were finally able to secure compensation that nearly met the statutory caps that were available.

Too often, insurance companies attempt to assign fault to motorcyclists so they can pay them a less than fair recovery after a collision. We are here to help ensure that does not happen. If the insurance company is giving you the run around after a motorcycle wreck in South Carolina, please know that you don’t have to take them on by yourself. Contact our firm at 803-790-2800 (Columbia, SC) / 843-427-2800 (Myrtle Beach, SC) for a free consultation to see how we can help. 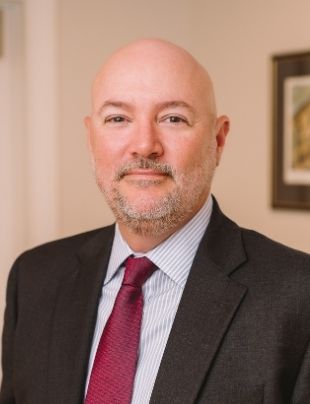