When Can I File a Third-Party Claim After an Injury at Work?

Hey, this is Kenny Berger. My law firm handles life-changing injury and wrongful death cases across South Carolina. So, when can you file a third-party injury claim after a work injury? Here are a few things that you need to know. 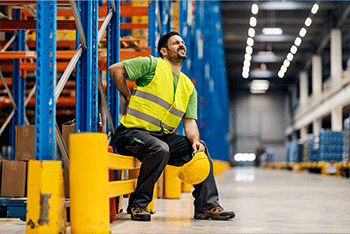 Some classic examples are if you're riding in a car for work and another driver hits you while you're on the clock, in that case, you could have a workers comp action and a third party claim against the at-fault driver. Another classic example is if you're at work and there's a defective piece of equipment, that's called product liability.

A claim or action may be brought against the manufacturer, retailer, or distributor of that defective equipment. And the third classic example that really comes to mind for us is if a subcontractor or subcontractor's employee causes you harm while you're at the workplace. Again, in that situation, you could bring a workers comp claim, but you could also bring a third party action against this other subcontractor.

So those are a few areas where third-party actions and the context for work injury are possible under South Carolina law. There are tons and tons of other examples. Short version is if somebody other than your boss or a co-worker caused you harm while you're at work, you may have a workers comp claim in addition to a third party injury civil claim.

If you have any questions regarding a case like that, just feel free to reach out to us. We pride ourselves on the information that we provide and the help that we're able to give. So thank you so much for visiting our page and we look forward to hearing from you soon.