18 wheelers and other types of commercial trucks travel up and down South Carolina’s roadways every hour of every day. When they cause an accident with a regular family car – or even another truck – the consequences can be catastrophic. This article lays out 10 things we believe anyone involved in a collision with a semi-truck should know.

When a commercial truck gets in a wreck, it usually totals the other vehicle and results in significant harm. You do not have to give your insurance company a recorded statement, at least not without consulting a lawyer, but you do need to get in touch with them. The sooner your insurer knows about the wreck, the sooner you are likely to receive money for the totaled vehicle, as well as any “medical payment” benefits. In addition, your insurance carrier will get in touch with the trucking company’s insurer and help speed up the claims filing process.

2.  You Do Not Have to Speak to the Trucking Company’s Insurance Adjuster

Semi-trucks are either self-insured, or they carry insurance. Often times, especially if the accident caused severe harm or death, the insurance adjuster for the trucker or his company will try and settle cases quickly, but for far less than they are worth. Under South Carolina’s laws, you have no obligation whatsoever to speak or meet with the other driver’s insurance adjuster. In fact, I would not even consider doing so before at least getting a free consultation from an attorney.

3.  Commercial Trucks Are Required to Have at Least $750,000 in Insurance Coverage

South Carolina’s minimum insurance limits do not apply to 18 wheelers or other “heavy” trucks. Instead, federal law mandates that motor carriers have no less than $750,000 in liability coverage to protect other people in the event of a truck accident. Often times, there is more insurance coverage available, and may be paid in “layers” by different companies. 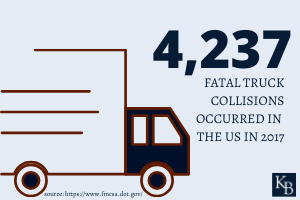 South Carolina has essentially adopted the “federal motor carrier safety regulations (FMCSRs),” and also developed its own laws to help prevent trucking accidents. Nonetheless, there are lots of negligent truck drivers and companies that violate those laws and cause horrible collisions. The takeaway for anyone reading this article is: if a semi-truck caused the accident, I can almost assure you they broke multiple truck safety regulations in addition to normal traffic laws. In a civil case, we can hold the company accountable for it's dangerous business practices and the harm they caused.

5.  Data From the Truck Will Often Be the Best Evidence To Prove They Were Liable

Most 18 wheelers, and large commercial vehicles generally, have on-board computers and what is commonly called a “black box.” The black box records data such as speed and hours of use in the event of a truck accident. Moreover, the on-board data systems can provide valuable information concerning the driver’s location and driving behavior in the hours or days leading up to the wreck. The vehicle might also be equipped with cameras that show us whether the driver was on his phone, or otherwise distracted when the wreck occurred.

6.  Evidence Can Start Disappearing If a “Preservation Letter” is Not Sent

The first thing we do after meeting with a truck accident client is to send “preservation of evidence” letters to the trucking company, driver, and insurance company. We do not want that truck sent back out on the road before all black box and other electrical data is downloaded. Likewise, we often want the vehicle inspected under South Carolina law after a truck accident to see whether improper maintenance contributed to the collision. If requests are not made upon the company and driver, they will often repair the truck and place it back in service, which in effect destroys potential evidence.

7.  There is a 3 Year Statute of Limitations on South Carolina Truck Accident Lawsuits

A claim against a trucking company or its insurance carrier can be started almost immediately after a collision. Like other types of insurance claims, those involving truck accidents may settle without a lawsuit. However, if it becomes necessary to file a lawsuit (which it often does, unfortunately), then you have 3 years to do so in South Carolina. The big exception is that you only have 2 years to bring a suit against a government defendant (examples may include city buses, DOT semis, garbage trucks). In addition, people under the age of 18 may have longer than 3 years to pursue their case depending on how old they were at the time of the accident.

8.  Not All Lawyers Know How to Handle a Truck Wreck in South Carolina

Accidents involving 18 wheelers are different than ordinary car crashes. The laws are different, the strategies are unique, the stakes are usually higher, and there tend to be more expert witnesses. By law, anyone with a law license in our state can represent you, but make sure any lawyer you consult with or hire actually knows the FMCSRs, understands which experts may be necessary to prove the truck driver’s negligence, and has handled other trucking lawsuits across South Carolina.

9.  Punitive Damages Against the Truck Driver or Company Can Increase Settlement Value 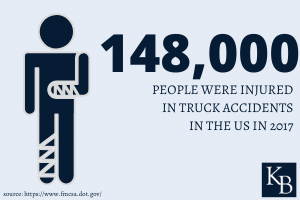 No one wants to get a punitive damages verdict against them, especially not a trucking company. Due to the fact that most accidents caused by semi-trucks in South Carolina are actually the result of a truck driver’s reckless actions or a company’s conscious disregard for public safety, there is often the possibility of a large punitive verdict if the case goes to trial. This fact can increase settlement value and lead to an earlier resolution if the facts that are uncovered are damaging enough.

10. Truck Accident Settlements and Verdicts Are Based on Many Different Factors

In a typical legal case, you want to know who is at fault and how bad someone got hurt, or if there was a loss of life. Trucking cases follow the same logic to some degree, but are more complex. For instance, proving who was at fault requires us to look not only at “what” happened, but also “why.” We want to examine the trucking company’s hiring, training, and monitoring practices, as well as the driver’s true qualifications. Often times, we find out that the company is as much at fault as the truck driver. In addition, some truck wrecks cause permanent injuries or death. Any settlement or verdict for such a case is far different than one involving only temporary harm. It is important to find out the extent of any permanent injury, the future medical care needed to treat the injury, and how someone’s earnings will be impacted, before entering any type of settlement agreement.

There is a lot more to South Carolina law, federal regulations, and truck wrecks generally, but I hope this provided some insight so that no one tries taking advantage of you in the wake of an accident with a commercial truck. If you have any questions, we are here to answer them and help in any way possible. Our live chat feature and email are available 24 hours per day, and phones are forwarded even outside normal business hours.