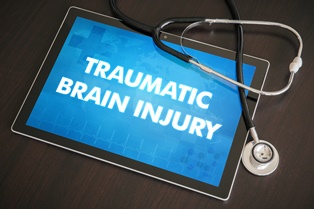 A traumatic brain injury (TBI) can happen to anyone. Even what seems to be a minor bump to the head in a car accident can result in catastrophic health consequences for weeks or years to come—or even for a lifetime. The Centers for Disease Control and Prevention reports that in 2013, about 2.8 million people visited the emergency room for traumatic brain injuries, and TBIs contributed to the deaths of nearly 50,000 people that year alone. Brain injuries are serious. Here’s what you need to know about the signs of head injury, and what tests medical providers can use to help diagnose a TBI after your accident.

Potential Signs and Symptoms of a Traumatic Brain Injury

Diagnosing a traumatic brain injury isn’t always as straightforward as you might think. Not all injuries that can cause a TBI leave wounds that are readily apparent, or even visible at all in many cases. That’s why it’s critical to be examined by trained medical personnel after any accident in which a head injury could have happened, such as a car accident. There are even some signs of a TBI that, to an unqualified observer or a disoriented victim, may not seem to be related to a brain injury at all. Some of the signs of a TBI may include the following:

Other, more telling signs may include mental confusion, slowed breathing and pulse rate, a clear fluid leaking from the nose or ears, or unconsciousness. There are many other potential symptoms, so if you suspect a brain injury, get medical help immediately.

When you seek medical help after an actual or suspected TBI, medical personnel will perform a number of tests, depending on the severity and the timeframe of the injury. Tests may be for acute diagnosis immediately after the head injury, or to check the status of a TBI victim and determine how well he or she is functioning to determine if further treatment or rehabilitation is necessary. Some of the common tests used after a TBI include:

It's important to know that CT scans, MRIs and EEGs may come back "normal" even though the patient with the closed head injury knows something is not right. In many instances, negative results on a CT scan or basic MRI lead a neurologist to discharge the patient, even though "subjective complaints" persist.

What are Subjective Complaints After a Head Injury?

What are "subjective complaints?" They are the list of problems someone with a head injury is complaining of despite the "normal" test results. For instance, you may have trouble concentrating, controlling your temper, remembering events surrounding the accident, or keeping your balance in the dark. You tell the doctor about these issues, but he responds that you are simply experiencing post-concussive syndrome and should be fine in no less than a couple months. When you return to his office a few months later with many of the same issues, he focuses on the areas of improvement rather than your symptoms. Additionally, he reminds you that your CT, MRI, and maybe even EEG all came back normal, and that you should focus on getting well rather than worrying over problems that should have already resolved. Some doctors might even note that your issues are largely psychosomatic.

There are other tests that can be performed, including bloodwork and other physical exams, to determine the extent of a head injury. If you continue to experience headaches, changes in attitude, memory loss, or any other problem for more than several weeks after your car accident, you should ask your neurologist to consider more advanced testing.

Diffusion Tensor Imaging and Other Advanced Testing for Brain Injuries

Sometimes traditional tests, like the ones listed above, are not sensitive enough to detect brain tissue damage, which could allow problems to persist for months without a proper diagnosis. This is why more advanced forms of imaging, like the examples listed below, have been created.

Get Legal Help After Your TBI

No one living in South Carolina should be forced to live with an undiagnosed brain injury. Dealing with the effects of a TBI are hard enough. Being told that nothing is wrong with you simply because the MRI came back normal is not fair nor medically sound. If you or someone you love has been the victim of a TBI after an accident due to someone else’s carelessness or negligence, you may be eligible for compensation.

We focus on helping people who have suffered brain injuries from car wrecks in South Carolina, and want you to consider us a resource in finding the right doctors, tests, and treatment. We have seen far too many people get released by their neurologist simply because the MRI came back negative. If "something has been different since the accident," and you find yourself in need of answers and direction, call me today at (803) 790-2800 or contact us by using the live chat box below.

When you’re ready to speak to an experienced attorney, the Law Office of Kenneth E. Berger is here for you. Although we are based out of Columbia, we've represented victims from many parts of South Carolina, including Charleston, Myrtle Beach, and Lexington.